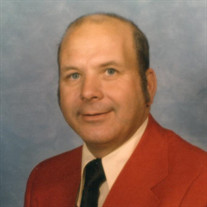 With his family at the Iler Lodge Nursing Home on October 18, 2015 in his 91st year. Cherished husband of Jean Carder (nee Snyder) of 64 years. Father of Rick and his wife Willie DeVaan of Desboro, Ontario, Ron and his wife Elaine of Ruthven, Ontario. Grandfather of Jason, David (Mena) and Bryan (Jordyn). Born in Leamington, Ontario, of a farming family, predeceased by brothers, Howard, Claire and Murray, sisters, Eliza and Elsie. Russell enlisted in the Royal Canadian Navy, September 2, 1943 and was called to Active Duty, January 4, 1944. He served the North Atlantic, as a Depth Charge Mechanic, aboard the Stadacona, Scotian, Peregine, Kenogami and Hunter, of the Royal Canadian Navy’s Corvette Class Fleet. Honourable Discharge, December 18, 1945, as an Able Seaman, Canadian Volunteer Service Medal and Clasp and War Medal 1939-1945. President, (Past), June 1958 to May 1959, Leamington Branch of the Royal Canadian Legion # 84. Life Time Member, (Honorary), Royal Canadian Legion. Returning from Service with the Royal Canadian Navy, Russell, was unofficially adopted into the Willan Family, Harold (1996) and Hildred (1987) of Leamington, and their son, Russ’s best buddy, Royce (2011), and their daughter Erla. The Willan’s were pillars of his family. Buck spent his working life with the Atlantic & Pacific Tea Company (Metro), from March 1951 to October 1, 1990. He started his career in Leamington Ontario and moved to Windsor in 1959. Russell managed many of the A&P stores in Windsor, throughout his career, before he retired as Assistant Manager of the Amherstburg store in 1990. He also made sure that the neighbourhood kids from the “Oliver Farms Project” had a chance at a part time job while growing up. Russell shaped both Rick’s and Ron’s lives with his work ethic and family values. Thank you to the caring people at Leamington Court and the Iler Lodge Nursing Home (Essex), for the care and compassion you have shown our Father, Grandfather and Jean’s loving Husband. Buck is resting at the Kennedy Funeral Home Ltd. (519-776-7378) 128 Talbot St. North, Essex on Tuesday from 2-4 and 6-8 p.m. The funeral service will be conducted from the funeral home on Wednesday at 11 a.m. under the Auspices of the Windsor Veterans Memorial Service Committee. Cremation to follow. Donations may be made to the Windsor Regional Cancer Foundation. You may send your condolences online at www.kennedyfh.com DONATE TO THE WINDSOR REGIONAL CANCER CENTRE BY CLICKING THE LINK: http://www.wrh.on.ca/Site_Published/wrh_internet/cancercenternonav.aspx?Body.QueryId.Id=7619&LeftNav.QueryId.Categories

With his family at the Iler Lodge Nursing Home on October 18, 2015 in his 91st year. Cherished husband of Jean Carder (nee Snyder) of 64 years. Father of Rick and his wife Willie DeVaan of Desboro, Ontario, Ron and his wife Elaine of Ruthven,... View Obituary & Service Information

The family of Russell Carder "Buck" created this Life Tributes page to make it easy to share your memories.

With his family at the Iler Lodge Nursing Home on October 18,...

Send flowers to the Carder family.