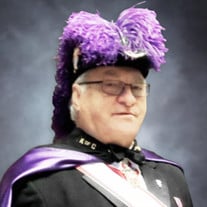 Phil was able to tell his last story on June 23, 2019 before he passed away unexpectedly at home doing what he loved to do outdoors at 76 years of age. Beloved husband of Gail (nee Market) with whom he shared 52 years of marriage. Dear father... View Obituary & Service Information

The family of Philip Lykoff created this Life Tributes page to make it easy to share your memories.

Send flowers to the Lykoff family.